Fine. I’ll admit it. Starting with my poetry writing days in the 1970s, I’ve worked through “issues” with old boyfriends, bosses, co-workers, ex-spouses, family members, random acquaintances and people I once considered friends by writing – most recently, using my imagination to transform them into hopefully unrecognizable characters in my books who can then be tortured, punished, rewarded, inappropriately loved and even killed.

Writing therapy is a wonderful by-product of being an author. With apologies to my brother, the psychologist, I believe it’s saved me thousands of dollars in counseling fees. 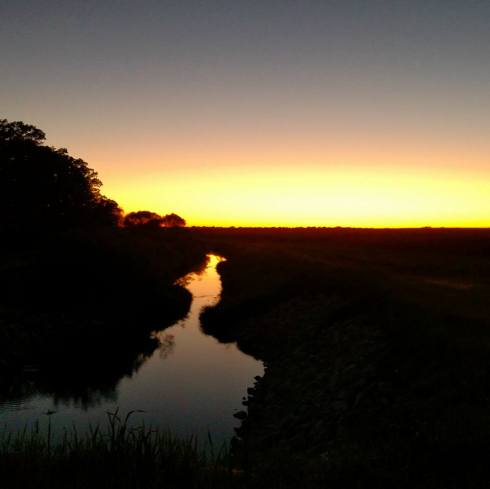 Seriously, though – this Thanksgiving, I have many reasons for which to be thankful. I also have cause to grieve, having just lost my beloved father to leukemia on November 7th. My month has been filled with final foot rubs, long remembered conversations, and last words. My time has been taken up, not writing or trying to make a daily word count, but sleeping beside my Dad in the double recliner, rubbing his arm in the night when he didn’t feel well, and talking about “things” when one or the other of us couldn’t sleep.

Days were filled with driving Dad around to his favorite farms so he could watch my brother bring the harvest in – for the first time, without him. 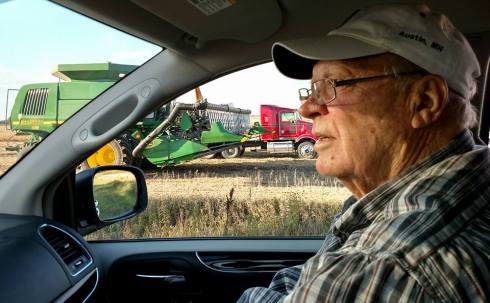 After Dad made the transition to his new home in heaven (which I truly believe is trimmed out in cherry wood, with crown moldings and one-of-a-kind solid wood doors that have a few knots, because while most people consider them a flaw, Dad thought they were “beauty-ful”), my days were spent rounding up a bluegrass band to play “Life is Like a Mountain Railway” at his funeral, making 18 dozen eggs into Hansen family sanctioned egg salad, and proofing Dad’s obituary and memorial flyers.

I wouldn’t have missed a single moment that transpired or a single word that passed between us.

Earlier this fall, I fully intended to do NaNoWriMo, a writing challenge that asks you to commit to writing 1667 words a day for the month of November for a total of 50,000, or in my case, half of a book. 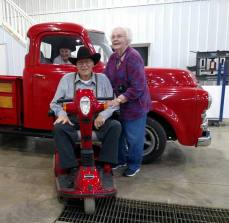 About the time my brothers and sister and I held a “Funeral Rehearsal” party for Dad that was attended by almost 250 people (at his request – he kept saying it was too bad he had to miss his funeral because the bluegrass music was going to be good, and he would like to see all his friends), I designed a mockup of a book cover and wrote a synopsis for Seaside Daisy. 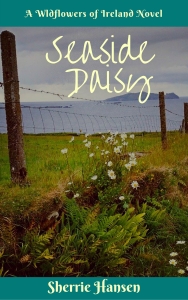 I’ve accomplished my NaNoWriMo goal for the last two years with Sweet William and Golden Rod and assumed I would do the same this year. But Seaside Daisy had nothing to do with Dad, and he’s all I can think about. Dad had never been to Ireland, where it’s set. He’s never lived by the sea, and to be honest, he probably would have thought Daisy was a flake.

On November 22, I made a new cover file and wrote a new synopsis for Daybreak in Denmark, a long-planned but still unwritten sequel to my first novel, Night and Day. It’s the right book for a time such as this. Dad was half Danish and traveled to the island of Als almost 20 years ago to search for his extended family, who we’ lost touch with after World War II. If Dad was still alive, I could ask him about the farming bits, and reminisce about the interesting things we did in Denmark. 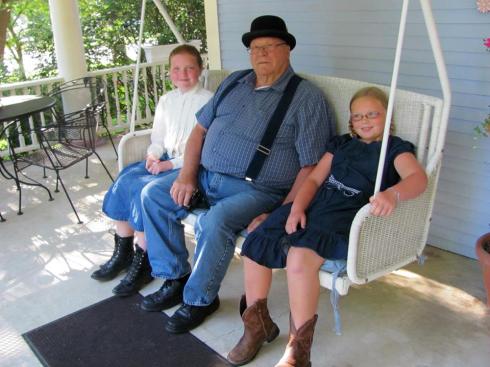 The father figure in both Night and Day and Daybreak in Denmark is a dear man, a retired farmer with a fun sense of humor. It will be my honor to incorporate snippets of my Dad’s jokes and quirky Minnesota ways into this book.

As an added bonus, Jensen has a cantankerous stepchild to contend with in this book. Why this will be therapeutic for me is a whole other story, and one I shouldn’t go into here. But trust me, this character is going to be a well-drawn, expertly crafted antagonist.

If you’ve lost a loved one recently or need to work through another sort of emotional issue over the holidays, I highly recommend writing. Get it out. Put it into words, or at least try. Journal, blog, or write a letter to the person you’re having troubles with and then tear it up or throw it in the fire. Whatever. Writing about it helps.

I’m thankful I got to spend as much time with my Dad as I did. I’m grateful for the hugs, loving words, and other expressions of sympathy shown to me, my husband and my family since his death. I’m grateful to have been raised and loved by a man who taught me so much – by word and example. My dad wasn’t a writer, or even a good reader, but he was a great storyteller. He was also an expert at repurposing rejected “stuff”, and a talented creator of beauty-ful things. I miss him so much, but I treasure my memories and the gifts that he gave me, and for that, I am truly thankful.

Sherrie Hansen’s Bio:
Twenty-six years ago, with the help of her dad, Sherrie rescued a dilapidated Victorian house in Northern Iowa from the bulldozer’s grips and turned it into a bed and breakfast and tea house, the Blue Belle Inn.  After 12 years of writing romance novels, Sherrie met and married her real-life hero, Mark Decker, a pastor. They now spend their time in 2 different houses, 85 miles apart, and Sherrie writes on the run whenever she has a spare minute. Sherrie enjoys playing the piano, photography, traveling, and going on weekly adventures with her nieces and nephew. “Golden Rod” is Sherrie’s 10th book to be published by Indigo Sea Press, a mid-sized, independent press out of Winston Salem, NC.
You can find more information about Sherrie Hansen here: