I’m spending the night at my parent’s house in the country tonight, and the stars are shining brilliantly in the inky black sky. While it’s dark and clear in Minnesota, it was so foggy I could hardly see to drive when I left Iowa. In both places, all I had to do was open a window to feel fresh air. 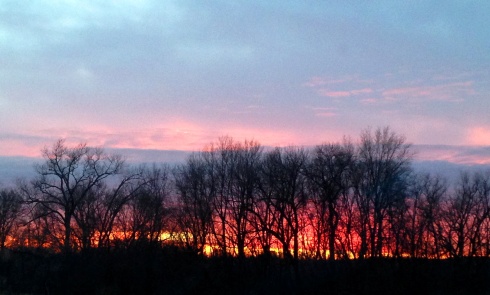 A few evenings ago, I was at a conference in downtown Minneapolis, on the 14thfloor of a Hilton Hotel, hemmed in by skyscrapers on four sides, fighting off waves of panic as I rode the elevator higher and higher and higher off the ground.

The views from our permanently sealed windows were beautiful in a manmade sort of way, but I missed seeing the sun sink into the horizon at night. The small patch of sky directly overhead told me little of what the weather was doing.

My brief visit to the big city reminded me of the tale of the Country Mouse and the City Mouse. In the version I remember, a very proper, slightly haughty town mouse goes to visit her cousin in the country. The country mouse welcomes the city mouse with delicious, old-fashioned food and warm, heartfelt hospitality, but the visiting cousin is not impressed. She then adjusts her fancy hat and invites the country mouse to visit her in the city for a taste of the fine life.

When their decadent, uptown feast is interrupted by a pair of big city fat cats, they have to scurry to safety. After this, the country mouse decides to return home, preferring the peace and quiet of the country to the opulence and excitement of the big city.

Once upon a time, I dated a big city boy. At first, he thought he might enjoy living in the county, but as time went by, he realized it was not the lifestyle for him. I wasn’t interested in residing among the steel and glass giants of the city, so that was the end of that.

In the land of fictional relationships, a character may give up his or her chosen lifestyle to be with the one they love, but in real life, it’s hard to reconcile concrete differences that go to the core of what makes us unique. In my first book, Night and Day, it’s midnight in Minnesota and daybreak in Denmark when Jensen and Anders meet. Since they both love their respective countries, they struggle as to whether she should leave her home, or he, his, or if they should pick somewhere halfway in between and both be homesick.

In Golden Rod, my new release, Katelyn comes to Scotland from Minnesota to sell a castle she inherited. She doesn’t like international travel and has no intention of staying for more than a week or two. Rod is bound to MacKenzie land that’s been in his family for centuries. Their differences go even deeper than the ocean between their two homes. Katelyn lives in Minneapolis and works for a big company. She is mortified at the thought of losing her job and salary and is loyal to a boss she has always trusted and respected. Rod spends his time at sea or working in the walled garden at his family’s castle.  He’s a fiercely independent entrepreneur who controls his own destiny. Sink or swim, it’s all on him.

I worked for a boss in a big city before I moved back to Iowa to open the Blue Belle Inn B&B. It was a hard adjustment to go from a consistent salary to a haphazard income that fluctuated seasonally and at the whim of my customers. Gradually, I learned to trust myself and adapt to the variety of lean and leaner times. I had learned in Colorado Springs, as Katelyn eventually does, that bosses and bankers can be unreliable, and sometimes, even cities can be boom or bust fickle. But then, so can relationships, weather, and a million other things in this world. People accuse the Midwest of being boring, but to me, it feels reliable, secure, and stable.

Perhaps the ultimate comfort comes from staying near the places we grew up. For me, that’s the flatlands of southern Minnesota and northern Iowa – black dirt, farmland, bean and corn fields, big skies and unfettered horizons in all four directions. 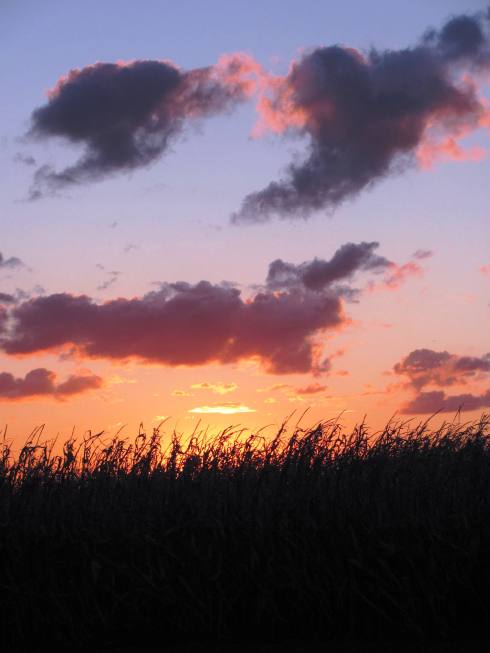 My dad and I were watching reruns of the Andy Griffith show last night. There are several episodes with Country Mouse, City Mouse themes. When I was young, there was a time I couldn’t wait to escape to the big city. Now, I see what a hold the country has on me. Much as I occasionally enjoy being wined and dined and courted while visiting the big city, I will never live in one again. For me, country is comfortable, easy, and filled with delights.

The closest I typically come to cities these days is to fly in and out of airports in the world’s major hubs before taking the shortest route out of the city and heading to the nearest village, mountainside, or ocean-side drive. In recent years, I’ve bypassed London, Bucharest, Edinburg, Paris, Copenhagen, Milan, Denver, Phoenix, L.A., and Munich for more remote, secluded locations. Country mouse to the core.

But some real life stories do have happy endings. When I met my husband, I told him if he married a Minnesota farmer’s daughter, he’d be stuck in the alternately freezing cold or hot, humid Midwest for good. My roots grow deep. He grew up visiting Disneyland and surfing in southern California, and went to law school in downtown Los Angeles. Did he realize I was serious? If he didn’t then, he does now. Thankfully, he appreciates my farm family and loves them like this own. So, sometimes, love can overcome differences like Country Mouse, City Mouse. And for that, I’m very happy.