A Grandfather, A Son, and Two Not-So-Holy Ghosts (by Sherrie Hansen)

Although my Wildflowers of Scotland books are contemporary, I always find a way to weave in a wee bit of history… an old kirk with architectural and religious artifacts gone missing, a sunken Spanish galleon filled with gold that was never recovered, a castle with a melancholy history all its own, or the Isle of Skye’s magical Fairy Glen. In GOLDEN ROD, I incorporated a touch of history via a 500-year-old castle that was cursed by a traveling minister when the owners refused his blessing, preferring to wait for the prayers of a Catholic priest.  At least, that’s what legend holds, and it would seem the legends are true, since no eldest son has ever inherited Lachlan Castle – not once in 500 years.

A traveling Protestant minister who liked to speak in rhymes leveled the curse when the MacKenzie clan refused his blessing, preferring to wait until a Catholic priest could dedicate the newly built edifice.

Nae eldest son shall have a hand

In the history of the castle, no eldest son has succeeded his father as heir of Lachlan Castle.

All kinds of tragedies have transpired as a result of the minister’s curse, including ghosts Laird Valan MacKenzie and Lady Rosemary being stranded at Lachlan for over 500 years.

A ghost dressed in full Highland attire roams the castle and grounds at Lachlan, on the shores of Loch Carron. A favorite of locals, Laird Valan MacKenzie so desperately wanted a son to pass the castle on to that he may have taken his wife’s life when she bore him nothing but daughters. Laird Valan’s version of the event was that his wife tripped and fell to her death despite his best efforts to save her. Many a guest has seen Laird Valan’s kilt, plaid, and sporran. Legend has it that Valan will haunt the castle until an ancient curse is broken.

I won’t ask if you believe in ghosts because it doesn’t matter. GOLDEN ROD is a work of fiction, so all I’m asking you to do is to suspend your disbelief while you’re reading the book. But whatever our beliefs, I think we all have thoughts on the subject of ghosts. Some of us are afraid of them, or would be afraid to stay in a place that’s haunted by ghosts. Others are fascinated or even intrigued by ghostly happenings and seek out places that are reputedly haunted. What about you? Maybe you’ve had your hair stand on end when you’ve been seated around a campfire listening to ghost stories. How do you react to the subject of ghosts?

A ghost, known as the “Blue Lady” also frequents Lachlan Castle, on Loch Carron. She is thought to be the wife of Laird Valan MacKenzie, and mother to their five daughters. Her husband allegedly pushed her from a fourth floor window so he could take a new wife who might bear him a son. The ghost of Lady Rosemary MacKenzie, who ironically, was discovered to have been pregnant with a son at the time of her death, is said to have scratched the words, The Son You Always Wanted, upside down on the window sill outside the bedroom window where she fell. The inscription can still be seen there today. It is reported that the “Blue Lady” leaves the scent of rosemary and bluebells wherever she goes. Because her own life ended so tragically, legend holds that the “Blue Lady” will haunt the castle until a Lachlan love story ends with a happily-ever-after ending. Unfortunately, due to an old curse, the dreams of many a castle resident have ended tragically, perpetuating the haunting of the castle by Lady Rosemary.

I grew up watching tales of Casper the Friendly Ghost,  the classic Christmas Carol, and even Ghostbusters, so I’ve always been comfortable with the concept of ghosts. In church, we heard about the Holy Ghost, a comforting presence who is always with us. When I bought a house in St. Ansgar, Iowa and turned it into a B&B and tea house, locals told me about a friendly ghost who rescued the century old floor plans from the dump and returned them to the house when they were accidentally thrown away, among other adventures. So in one form or another, I’ve always accepted that ghosts are real.

In GOLDEN ROD, Rod MacKenzie has felt the presence of Laird Valan and Lady Rosemary since he was young, but never had a direct encounter with them – until Katelyn O’Neal arrives from America and stirs things up. 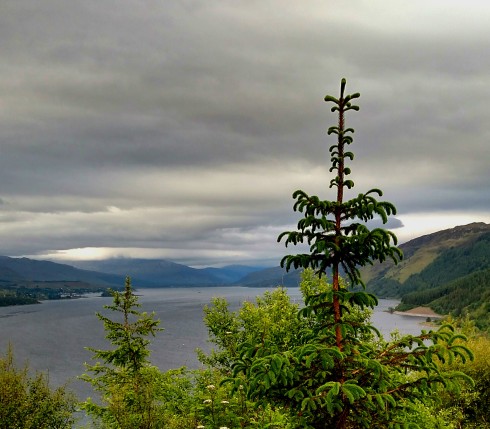 Katelyn thinks the whole thing is a crock, and is convinced there has to be some sort of logical, scientific explanation for the odd things that are happening to her. 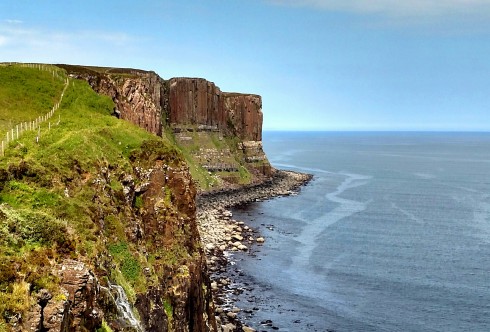 Once Rod discovers what they’re up to, he’s more than happy to comply, or at least humor them, except that Katelyn’s niece is dying, and if he has to choose who to help, a dying twelve year old or a pair of ghosts who’ve already been dead for five hundred years, the choice is clear. Except that nothing is clear – and Laird Valan and Lady Rosemary will do anything to change history and break the curse that binds them.

You’ll have to read GOLDEN ROD to learn how the story ends. In the meantime, I hope the ghosts that may haunt you are friendly ones.  Here are the Buy Links for GOLDEN ROD at Amazon:
Kindle: http://a.co/3zRGCpF
Paperback: http://a.co/8oJpv4Q

8 responses to “A Grandfather, A Son, and Two Not-So-Holy Ghosts (by Sherrie Hansen)”