A Year Of Change – by Maribeth Shanley

My year, 2017 began in November of 2016.  It began with the election; one where our country had the grand opportunity to elect a formidable, caring and genuinely ethical woman to lead our country.  Instead, our country, driven by what I still consider an obsolete, Electoral College, elected the most uninformed, lazy, crude, rude, secretive man in history to become the leader of our country.

I spent the rest of 2016 and well into 2017 mourning the death of a dream.  I’ve been through all the stages of grief which began with severe sadness and evolved into anger and action of that anger.  It’s interesting and oddly ironic that along with a change in myself, the investigation of this grossly inept president is heating up as connections to our country’s arch-enemy, Russia under a cruel and cunning dictator, Vladimir Putin is discovered, and people are unmasked.

As I was experiencing the multi-stages of grief, the loss hit again.  This loss was intimate and unexpected.  My little male fur child, Pooker died.  Diagnosed as being diabetic, Pooker continued to experience complications as they became more severe and frequent.   As I stood on the precipice of a new stage of grief, on February 4, 2017, Pooker died in my arms.  This time, I fell harder than ever back into the first several stages of grief:  shock, denial, pain and guilt.  I experienced destruction as my heart felt like lumps of rubble. 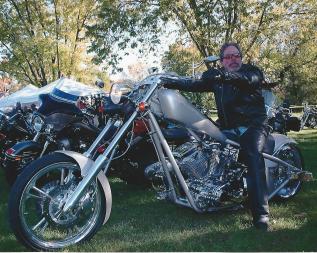 Today, Friday, June 2nd, my husband, Bob, officially retires.  We’ve lived in Myrtle Beach for three years, and I have experienced the area on a limited basis.  I have one friend I met at the gym Bob, and I visit three times each week.  Except on weekends, the time at the gym gives Bob, and I time together.  I’ve been grateful for that together time.  However, I have craved more.  Bob is not only my husband of 46 years; he’s the light of my life and my best friend in the world!  Beginning tomorrow, I will have the opportunity to spend as much time with Bob as will be possible.  Plus, we will use much of that time, at least in the beginning, exploring the surrounding areas of North and South Carolina into the coast of Georgia.  Prime on our list is Savannah, Georgia.  Since the book turned movie,  Midnight in the Garden of Good and Evil, I’ve wanted to visit Savannah.

Next year, we hope to cross the country to the Pacific coast.  I’ve traveled by land as far as Greely, Colorado.  I only experienced a glimpse of the Rocky Mountains.  On multiple occasions, I’ve seen them from the air as I traveled back and forth with the company I worked for.  Bob has seen the entire western portion of the U.S.  The trip will take two and possibly three weeks to complete as we travel out to the west taking the northern route through the Rocky Mountains and out to the Seattle area.  We will then travel down the coast to San Diego.  From there, we will travel back home via the southwest route.  Such a trip will enable us to experience the full beauty of our country.

We’ve discussed traveling outside the country.  I’m not sure we will be in a hurry to do that.  I’m not interested in Europe.  Other than our continent, the only continent I’ve wanted to visit is Africa.

At 29 and when I began my senior year at the University of Illinois, I enrolled in what I thought would be an easy class.  I enrolled in a Western Africa Art Appreciation class.  It actually turned out to be the hardest class I had taken.  In fact, after the first quiz, I talked to the professor.  She informed me that I had enrolled in an advanced class and counseled me that I still had time to drop her class and pick up something else.  However, by that conversation, I had fallen head over heels in love with Africa.  I loved the different cultures and the idea of all the wonderful animals.  I stuck with the class as I spent extra hours reading literature at the University library.  I managed to get a C from the class, the only C of my four years at the university.  However, it was a C I was extremely proud of.  To this day, I can look at a piece of Western African art and know which tribe created it.  Thus, Africa is definitely in our future.

I only recently became aware of my change.  The emotions of that transformation are calm with a hint of excitement.  Humans work all their lives beholden to companies and individuals with those companies while they are never able to imagine how retiring feels.  For most, it’s a frightening proposition.  Many people don’t prepare for it.  We’ve been preparing for five years.

Five years ago we agreed that I would retire and Bob would continue to work.  I left the corporate world in 2004 to run my clothing company, Iron Cowgirls.   In 2008 when the market crashed, and I was forced to sell the business, it quickly became evident that I had little to no opportunity of re-entering my old profession at the same salary with which I had left.  There were too many people with my talents competing for the same jobs; and, most of them were younger than me.  Thus, after trying the commission only world, I realized it wasn’t a good fit as I lost more than I gained.  So, I retired and took on the continued task of managing the finances with a focus on enabling Bob to retire debt free.  It’s been a daunting task, especially since the sale of my company didn’t clear out all the debt it acquired over the four years I managed it full time.  However, never shrinking from a challenge, I managed to knockout, one by one, every single debt Iron Cowgirls and we had acquired.  When Pooker became ill, we had a slight setback, but even it will be gone as, tomorrow, Bob files his last expense report.

During this entire process, I’ve come to recognize that working toward Bob’s retirement has been cathartic.  I feel a flush of excitement and a sense of peace as I anticipate the rest of our lives.  This process made itself evident when, yesterday, as I was dressing, I had an overwhelming feeling which culminated in my saying out loud, “I no longer have anything to prove to anyone.”  I have no one to prove myself to, and that includes me!

I will continue to write because I love writing.  Too, it’s simply exciting to know I have a talent I never dreamed I had.  I am currently working on an anthology of short stories.  I also want to finally write that memoir which will include my entire family.  I have other books as well that I’ve begun and left hanging.  The one thing I will not do, however, is hold myself to a time table.  I will write when I want to believing that approach will encourage me to write more.  No pressure, the sheer enjoyment of writing will push me naturally.  Now it’s Bob’s opportunity to discover what he likes to do.

I have no doubt he will find something and maybe he will find multiple somethings.  Bob is brilliant, funny and very talented in so many areas.   The one thing I do know, he will enjoy his retirement.  So many people sink into depression feeling they are now worthless.  Not me and not Bob!  We will continue to thrive individually and together.  With all my heart, I look forward to our future and the many adventures I know we will have.

One response to “A Year Of Change – by Maribeth Shanley”