When I was a child, I  found a little bird that had fallen, or was pushed, from its nest.  It’s skin was so thin and transparent, I could see its tiny heart pulse every time it beat. It’s miniscule eyelids were so thin, I could almost see through them. I walked gingerly into the house with it cradled in my hand. I was trying  to protect it. Being the natural born caregiver that I am, I told my mother I was going to save its life. My innocence had not allowed me to know, it was not always in my power to do that.

Life on the farm exposed me to many harsh realities, some of which, were lessons about the circle of life, specifically,  birth and death. I learned at an early age, that no matter how sincere I was, or how much I truly wanted something to live, even if I cried all day and night, sometimes the answer was no. . . .

For nearly nine months I had looked forward to my fourth grandchild. When my daughter went into labor, we were thrilled. He was nearly here. July 14, 1998, my grandson Mark, fought his way into this world.  Of course it was love at first sight and already my heart had wrapped its loving  arms tightly around him. Perhaps, I even loved him harder for that moment, because I knew it was possible, he might not stay with me. Life had taught me to give him all the love I could, in the time we had, because there is no promise of another minute for any of us.

As I helplessly watched his chest convulse, trying to gather enough oxygen to keep him alive, then quiver in an attempt to expel it.  I remembered the little bird. Their noses seemed to be cut from the same mold. They were sharp and long because  they were so gangly. His little lips did not look like they were big enough to accommodate a nipple. He was so tiny and frail, he looked like earth was just a place to visit but could never be his home.

I didn’t get to hold him. He was too weak and could not come out of the incubator. He needed a sterile environment.  One bad germ could be the difference in life and death for him. I promised him through teary eyes that when he got better, I would make up for lost time and hug and kiss him till he begged me to stop. Then, the helicopter took him away.  I ran to the w 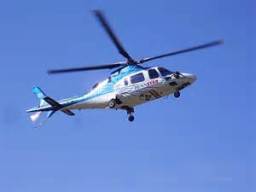 indow to watch the helicopter, carrying my precious cargo,  rise into the air and turn its nose to its destination.

That baby had a fighting spirit! He did the most courageous thing, he spent a couple of weeks in the neonatal unit at children’s hospital and decided to come home to us.

Sometimes, the answer is yes!

I’ll be telling a little more about his miraculous life in future posts! Watch for them!

5 responses to “When life overpowers Death by Arhonda Luman”