What’s With all the Kissing? by L.V. Gaudet

It’s that most dreaded time of year, the out with the old and in with the new.  When you feel obligated to come up with some kind of promise to change something fundamental about yourself, usually to do with the assumption everyone needs to shed a few pounds or some other imagined body image issue, and face the quandary, do I go out or stay home? 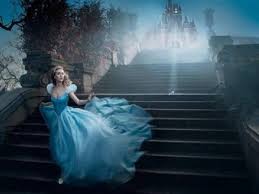 Like Cinderella’s night on the town, everything changes with the inevitable stroke of midnight.  By eleven-thirty some will already be eyeing up the competition, and the potential recipients of kisses; while others are scouting out exit plans to avoid smacking lips with, ugh, that person they spotted eyeing them up.

So, what’s with all this kissing stuff anyway?

Some sites suggest it started with the Romans celebration of the Festival of Saturnalia with lewd parties, but that was in December.  January first did not mark the New Year until around 46 B.C. when Julius Caesar declared it so in his new fancy Julian calendar. However, apparently medieval Europe did not approve, considered New Years to be unchristian and pagan, and the Council of Tours abolished it around 567 A.D.  It wasn’t until the late date of around 1582 when the new Gregorian calendar brought January First back into popularity as the date marking the first day of the new year.

But this still doesn’t answer, what the heck is with the make-out fest of the stroke of midnight?

In Europe, masked balls were held for years, the mask a representation of evil spirits from the old year and the great unmasking and kiss as an act of purification.  No doubt, they somehow worked virginal sacrifice in there somewhere, since the virgin seems to be the embodiment of purity throughout time, although I could find no such references of sacrificial acts in relation to New Years.

Old German and English folklore beliefs involve more luck, and maybe a little warding off of wayward spirits, since that seems to be a big part of folklore.   In the old folklore, you must kiss that first random person you see after the stroke of midnight.  Your fortune for the coming year is set for good or bad, all depending on who you happened across.  But don’t forget to shake and blow those noisemakers loud when the stroke of midnight hits and it’s time for your kiss, because the Devil and evil spirits don’t like loud noise.  You don’t want them to possess either of you at the moment of that fated smooch.

Today we are much more fussy in who we lock lips with.  Gone are the days of the platonic New Years kiss with the first person you see, gender being irrelevant.  Now it is often dripping with more meaning than you can shake a clacker at.  The once nonsexual smooch now elicits visions of what more it might bring, for the amorous hoping to push his or her kiss on their victim, the jealous partner, or the unwilling or willing recipient.  A once upon a time hope for good luck for the coming year has been twisted into something that revolves around friendly relationships and sex.

And while you are doing your New Years smooching, don’t forget to pucker up on that significant other.  Jealousy issues aside, old superstitions suggest that failing to smooch your partner will leave you in the cold for the rest of the year.

If there is one thing to be said for researching things like this, is that it can open up a labyrinth of new paths to follow.  Old folklore is filled with beautifully sinister undercurrents.  There is little better to tantalize the horror writer than taking a step back in time and walking with those old lores and legends.  All of those wicked old fairy and folk lore tales, which have been tamed down for political correctness or to not scare the little kidlings they were originally meant to terrify, are ripe with ideas for the writer who has lost their muse.

Of course, the ideas gleaned from these tales can be made to fit any genre.

Now excuse me while I go mash lips with that guy over there.  He looks lucky. 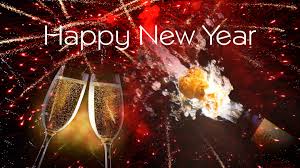 Watch for L.V. Gaudet’s books to come out, published by Indigo Sea Press:

Where the Bodies Are – re-release

What kind of dark secret pushes a man to commit the unimaginable, even as he is sickened by his own actions?

Take a step back into time to learn more about the McAllister family.  The secret behind the bodies is revealed.

Links to purchase these and other upcoming L.V. Gaudet’s books

Link to reviews of Where the Bodies Are on Angie’s Diary:

7 responses to “What’s With all the Kissing? by L.V. Gaudet”