A World Without Music—J. Conrad Guest

Ah, the dance. What men and women put each other—and themselves—through during the mating ritual. But in this scene, who is leading?

This could be one of the most revised and reworked scenes I’ve ever written, a line or two added here and there increases the sexual tension between the two characters. Much that started as Reagan’s introspection—such as the Mr. Rogers narration—was turned into dialogue, I think to good effect, adding to the repartee. Overall, the reader is left to infer the sincerity of the much younger Rosary’s come on to a forty-something Reagan. Not so surprising, this scene has become one of my favorites for the give and take of the dialogue, interspersed with brief interludes of introspection, exchanged glances, sipped drinks, etc. 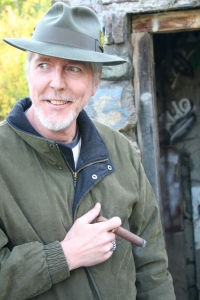 Reagan sat at the bar in Gotham City, an Ann Arbor nightclub, sipping his club soda, when a young woman sidled up beside him to order an Oberon, a rather mild-tasting microbrew from Bell’s Brewery in Kalamazoo. Reagan had noticed her earlier, from onstage: long legs in slate satin slacks. While she waited for the bartender to draw her brew, she turned to Reagan.

Reagan looked at her – she was very pretty, even if she was a touch arrogant, with blue eyes and blond hair, and rather large breasts that he guessed had been surgically enhanced. Unlike many men, he didn’t mind breast implants, as long as they weren’t oversized and so firm that they didn’t shake, bounce or wobble.

“Weebles wobble but they don’t fall down,” he said.

Rosary cocked her head but withheld a query. A moment later she smiled, leaving Reagan to wonder if she might not be the prototypical model for the proverbial blonde jokes that never seemed to go out of vogue.

Reagan grinned. “You don’t sound at all like Fred Rogers.”

And Reagan was forced to reassess anew her blonde status.

“A T.V. personality. Used to have a kids’ show, Mr. Roger’s Neighborhood. Said things like, ‘Won’t you be my friend?’”

Reagan laughed. “But you do as an adult?”

Reagan was relieved that Rosary didn’t seem annoyed by his repartee. If anything, her smile indicated amusement, and her eyes, glowing warmly, their pupils irised wide open, apparently liked what they saw. So he continued.

“Fred was rumored to be a former Navy SEAL, combat-proven in Vietnam as a sniper with more than twenty-five confirmed kills, that his long-sleeved sweaters covered a host of tattoos on his forearms and biceps, and that he was a master in small arms and hand-to-hand combat, able to disarm or kill in a heartbeat.”

Reagan chuckled. Not only did Rosary have a killer diller body, she had a sense of humor, too. They could laugh together between screwing sessions.

“Not in the least,” he said. “Fred graduated college with a degree in music before becoming an ordained minister. His broadcast career lasted for nearly fifty years. He devoted his life to educating and bettering the lives of children because, sure, he knew he could.”

“I take it you grew up watching Mr. Rogers.”

Reagan waved his nearly empty glass of club soda. “Nah. I read an item that surfaced on the Internet about him shortly after he died. I spend far too much time surfing the Information Highway.” A mischievous glint shone in Rosary’s eye, and he wondered if she might be thinking what he was thinking.

“Rosary, eh?” he said, derailing a desire to ski the slippery slopes of her breasts. “Beautiful name. One I’ve never heard before.”

Reagan laughed at the innocence of her statement. “No kidding?”

“I hated it as a child, for all the ridicule it drew. But I like it now – and don’t worry, I left my Catholic upbringing at the bedroom door.” When Reagan didn’t reply, she added, “What’s your name?”

“Reagan.” Wait for it, he thought.

“What a strange name.”

“The actor who would be president. I have my father to thank, ‘thankyouverymuch.’”

Rosary laughed. “You do a good Elvis.”

Reagan nodded and returned his attention to his club soda, taking a sip.

To fill the silence between them, Rosary added, “I’d like to thank him, too, for doing such good work. When can I meet him?”

Reagan thought her question invasive, but he kept his umbrage to himself. “You can’t,” he said. “He’s been dead twenty years.”

“You poor man. All alone in the world.”

Reagan thought she sounded more than a little like Mae West; but because of the Fred Rogers incident, he kept his comparison to himself.

“Anyway,” Rosary added when Reagan said nothing, “I like it – your name. It’s sophisticated. Intellectual.”

“Careful. You sound rather elitist. You can’t know anything about my level of intellect or sophistication.”

Rosary ignored Reagan’s self-deprecation: “Tell me something about you I don’t know.”

Reagan laughed. “We’ve only just met. You don’t know anything about me.”

“Then tell me a secret.”

Reagan lost his humor. “Tom Waits sings, in ‘Tango Till They’re Sore,’ ‘I tell you all my secrets, but I lie about my past.’”

“So you have a checkered past.”

Rosary peered intently at Reagan. “Aren’t you going to tell me a secret?”

“Then it wouldn’t be a secret.”

“It would be our secret.”

“How do I know it would remain our secret?”

“You see? You just told me a secret – you have trust issues.”

“That’s no secret.” Staring at Rosary’s breasts through the mirror behind the bar, Reagan was uncomfortable with the jousting. He shifted on his barstool and cursed the monster in his pants.

“But it’s something you prefer I not know.”

Reagan only shrugged to show his indifference.

Rosary wasn’t to be put off: “You play a mean bass – fat and very funked up.”

“I was afraid to tell you that I think you’re very handsome for fear it would go to your head.”

“You mean for a man of a certain age.”

Rosary offered him a smile. “I like older men.”

Reagan liked her smile, among other body parts. “I’m flattered.” After a moment, to fill the silence, he added, “Is this a come on?”

“Where is she?” Rosary took a perfunctory glance around the bar.

“Back home.” Reagan left unsaid that home, for Cam, was in far away Alabama.

“She must either trust you, or she’s a fool for letting you out of the house alone.”

Reagan considered taking up Rosary’s offer. It wouldn’t be the first time he’d had a one-night affair with a woman he’d met at a gig – it helped him sleep at night, to avoid the nightmare – but he quickly discounted it. While he hadn’t yet met Cam, and didn’t know what the future might hold with her, he didn’t want to diminish, if only in his own eyes, the esteem with which she held him – or his perspective of that esteem. He chuckled, recalling Prisco’s diatribe on “perspective.”

“I’m flattered,” he said. An image of Rosary easing her satin slacks down over her hips, letting them drop to the floor to reveal a succulent ass and dangerous legs played across the movie screen in this mind, in Blu-Ray. He pushed it away. “Really.”

Rosary looked disappointed as she paid for her Oberon.

Reagan always hated beautiful women who bore disappointment on their faces, especially when he’d been the cause of their disappointment. Hazarding a glance at her breasts, snug in the tight top she wore, the heart-shaped pendant hanging from a necklace nestled in her cleavage, he felt himself respond and briefly reconsidered.

Don’t go there, he told himself.

Instead, he said, “Well, maybe I’ll see you around town, at another gig.”

Rosary brightened, and Reagan immediately despised himself for giving her false hope.

Still, pretty as she was, and with her bodacious fun bags, Reagan knew she would never be at a loss to find someone to pound her pussy. He imagined a tight fit, but oh what a slippery ride she would be …

“I’ll take you up on that,” Rosary said, smiling seductively, as if she might be privy to his thoughts, and then left with her Oberon.

Reagan watched Rosary depart, her backside looking oh so inviting in the gray slacks she wore, and felt himself begin to sink into that dark place. Although he hadn’t confessed his nightmares to Cam, or more accurately their cause, their discussion had brought it to the forefront of his consciousness – not that it was ever far from the forefront – and so he feared what the night held in store for him … alone. In the dark.

He regretted not taking up Rosary on her offer – her legs, long and shapely, her thighs pleasingly pillowy, he knew would do wonders to keep at bay his bête noir – knowing any guilt he might feel over his perceived infidelity in the aftermath would pale beside what lay in wait to haunt his sleeping hours.

J. Conrad Guest, author of: 500 Miles To Go, A Retrospect In Death,Backstop: A Baseball Love Story In Nine Innings, January’s Thaw, and One Hot January 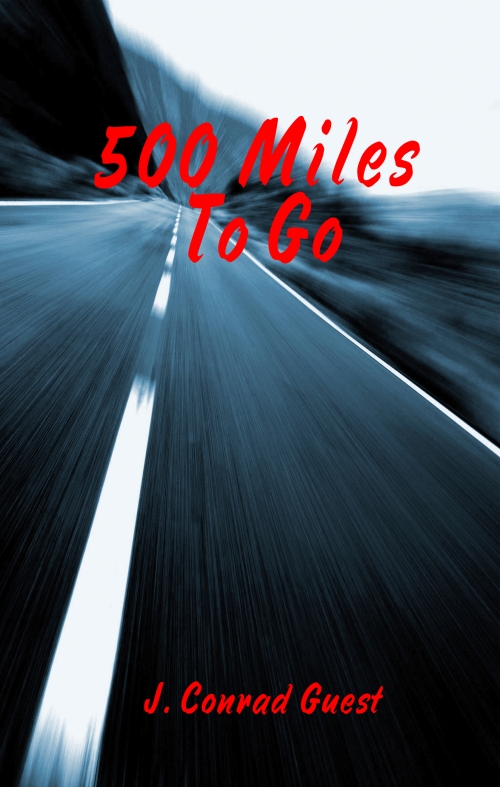 4 responses to “A World Without Music—J. Conrad Guest”